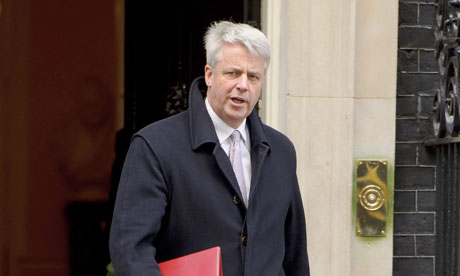 Andrew Lansley has ordered 'independent assessments' of the boards of NHS trusts after committee found there were issues of 'capacity and capability of leadership'. Photograph: Jonathan Hordle / Rex Features

Andrew Lansley, the health secretary, has ordered "independent assessments" of the boards of NHS trusts after a powerful parliamentary committee found that half of them had issues of "capacity and capability of leadership", preventing them meeting the government's deadline to become foundation hospitals by 2014.

Lansley will announce the new inspection regime, to be run by external consultants, as part of framework of change in the NHS to drive up standards. He has been dismayed by the findings of the public accounts committee who bluntly state the scale of the challenge ahead.

The committee said it will be a "very tall order to get" NHS trusts to become foundation hospitals, which are free from Whitehall control. The committe warn that four out of five of the 113 remaining trusts "face financial difficulties. Most face strategic challenges, performance issues and governance problems".

Of these, 20 hospitals have declared that they will never make foundation status in their present circumstances – and half of these are in London. The MPs warn that while the department has said there are no current plans to close hospitals, "it is difficult to see why other organisations would want to take them on".

"The chief executive of the NHS is only "moderately confident" that London's hospital system can be turned round, and acknowledged the unique challenges and obstacles to be overcome," said Margaret Hodge, chair of the committee.

She added that: "These trusts will be forced into reconfigurations or even mergers. This may deal with the financial challenges involved but could leave some deprived communities with unequal access to high quality healthcare, when hospital departments are closed and services moved."

The issues surrounding financing have also seen senior doctors resign in disgust at the cuts. Yesterday it emerged that Guy Broome, an orthopaedic surgeon who chaired the medical staff committee at debt-ridden North Cumbria University Hospitals NHS Trust, told Pulse that he had resigned because patients were being denied care on financial rather than clinical grounds. He also claimed the hospital had attempted to gag him from publicly voicing his fears about patient safety.

The trust denies both charges. It is currently attempting to save £15m but said all decisions on care were "clinically assessed".

Hodge said that the capital was of particular concern. "London is in a particularly shocking state and nobody has got a grip on long-standing problems. We remain to be convinced that combining struggling hospitals into larger trusts – as with South London – will somehow produce viable organisations offering good quality, accessible healthcare.

The health secretary had already threatened to managers that they would be "removed and replaced" if they failed to get hospitals ready to become foundation trusts by 2014. Lansley has been extremely concerned that the deadline of 2014 to get trusts "up to scratch" will be missed –throwing into doubt whether his market reforms would work if hospitals were not free to compete for patients on a level playing field without the state, in the form of the department of health, intervening.

He points out that the committee found that "two thirds (of NHS trusts) acknowledge they have performance and quality challenges and nearly 40% say they need to strengthen their governance and their leadership".

Lansley says the roots of the current problem lie with Labour's record – especially of letting PFI costs escalate. "Today's report by the Public Accounts Committee confirms that Labour left some parts of the NHS with a dismal legacy of PFI bills, hidden bailouts, and in some cases inadequate leadership to face these challenges and those of the future. They swept these problems under the carpet for a decade.

"While there are plenty of top performing trust boards, we are determined to root out poor performance by shining a light into every area of the service. This includes independent assessments to help the NHS identify where things are going wrong so they can fix them."

Chris Ham of the health thinktank the King's Fund said the financial problems were so large that there needed to be a "honest dialogue with the public and a wider programme to reorganise the hospital sector, including service closures where this is necessary to improve the quality of care".